The annual Nice Carnival in February is one of the biggest and liveliest carnivals in the world! A whole host of events brings Nice to life for a fortnight. Nice Carnival is a mood booster with unforgettable events for spectators to enjoy. The theme of the 150th anniversary of the Carnival is the King of the World's Treasures. Just imagine the carnival floats and costumes this year has in store for us whilst we wait for February 11th to come. The Best Western Hôtel Lakmi Nice has its own surprises for you to celebrate the event and the entire team can't wait for you to come and soak up the carnival atmosphere in February.

The Nice Carnival has been held every year since 1873 and is the biggest event on the Côte d’Azur. The 150th anniversary parade gets the party started in 2023 with a colourful and musical show.

The King, Queen, big heads, carnival and floral floats, bands and dancers bring the parade to Place Masséna and Quai des États-Unis to put on a show.

The carnival plays host to other events and things to do in Nice, the carnival village and fireworks display to end proceedings. It's a big event for Nice and attendees who come from all over the world to experience the parade, music and costumes. 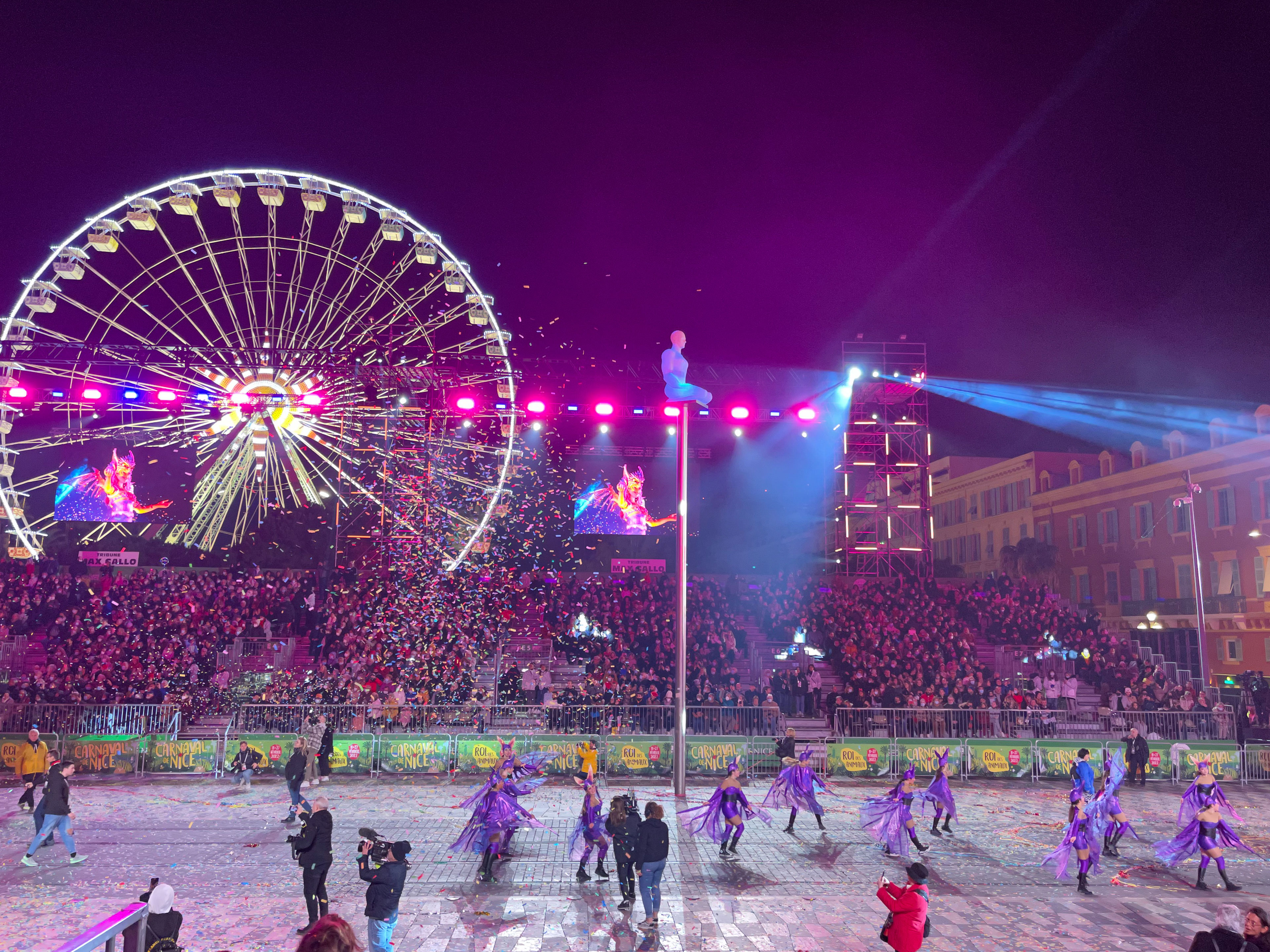 Highlights of the 2023 Nice Carnival

Nice lives it up for 15 days. Experience the Carnival Corso day and night on the theme of the King of the World's Treasures.

- 150th anniversary Great Parade on Saturday February 11th 2023. Feast your eyes on the show-stopping parade of floats and big heads. The illuminated Corso takes over at night to put on a sound and light extravaganza on Tuesdays and Saturdays, February 11th to 25th.

- The Flower Battle is one of the Nice Carnival's most iconic events and takes place on Saturday, Sunday and Wednesday afternoons, February 11th to 25th. It sees flower-covered floats parade by with hostesses distributing tons of flowers to spectators.

- The Lou Queernaval: an evening that flies the rainbow flag. Inclusion and togetherness are celebrated at this traditional part of the Nice Carnival. It's a time for partying and pride with feathers, make-up, glitz and fabulous parades. Bonus: it's free! See you on Place Masséna on Friday February 17th.

Hôtel Lakmi: your favourite hotel for the Nice Carnival

Being a stone's throw from Place Masséna puts you in the heart of the Nice Carnival action. You're just minutes away from enjoying the show at the parade site itself.

Your favourite 3* hotel has something special for you to celebrate the Nice Carnival. There's lots on throughout the event. Experience the Best Western Hôtel Lakmi Nice in its Carnival outfit with colourful fun-filled decorations. The hotel staff dress up for the festival too. There may be a princess waiting for you at reception or pirate serving your breakfast. See for yourself!

Capture your time during your magical break in Nice at the Carnival. Make memories at the photo booth in the hotel lobby. Snap your friends and family with fun accessories and share your photos on social media with the hashtag #summerhotels.

Millions of people from all over the world flock to the Nice Carnival every year to soak up the magical spectacle. Spend your winter break on the warm and sunny Côte d’Azur. Good to know: the same period sees Menton play host to the Lemon Festival a stone's throw from Nice. Don't miss it!