Nice Carnival is the biggest carnival in France and one of the world's most famous. A hundred million spectators flock to the Côte d’Azur's most popular event every winter held from February 16th to March 2nd 2019. The theme for this year's Nice Carnival is the Cinema. The Best Western Plus Hôtel Masséna Nice is ideally located a stone's throw from Place Masséna. The whole team will give you a carnival-worthy welcome!

Hotel near the Nice Carnival

The Best Western Plus Hôtel Masséna Nice reflects the Nice Carnival in terms of how close it is to the event venue and its enthusiastic teams who dress up for the duration of the festival every year.

Our 4* hotel greets you in fancy dress so you can soak up the magical atmosphere at the Nice Carnival. Every year the media showcases this special feature popular with clients such as the report by France 3 Côte d’Azur in 2016.

To encourage clients to get into the swing of things with us, there's a photocall in the hotel lobby with a large carnival head and fancy dress. Clients can have fun trying on the accessories and share their photos on social networks using the hashtags #CarnavaldeNice and #SummerHotelGroup. 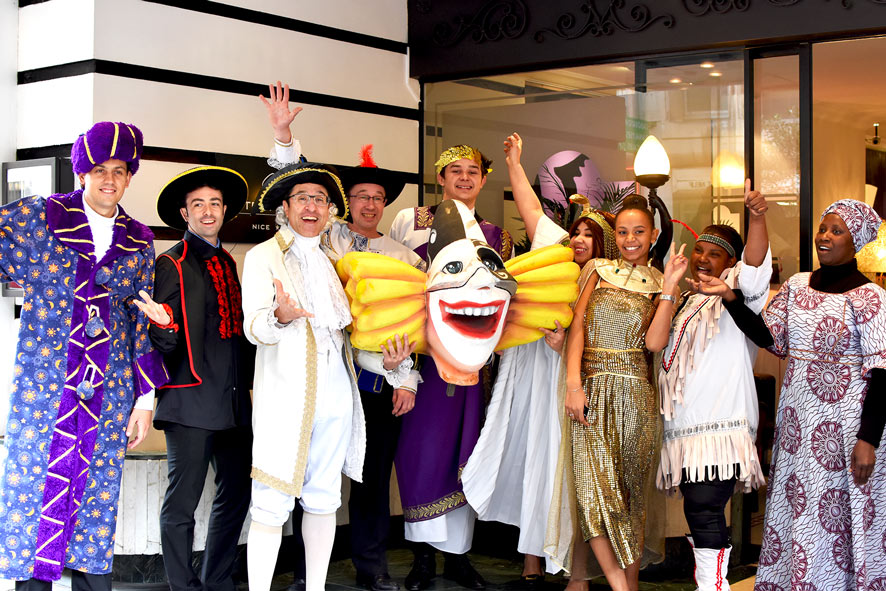 2019 Nice Carnival on the Cinema theme

The 135th Nice Carnival puts the spotlight onto the King of Cinema from February 16th to March 2nd 2019.

The theme celebrates the 100th anniversary of the Victorine Studios. The Victorine Studios in Nice opened in 1919 and have seen countless talented directors pass through including François Truffaut, Jacques Demy, Alfred Hitchcock, Woody Allen and Marcel Carné.

Fancy playing the main role? Book your hotel for the Nice Carnival for the best price now. 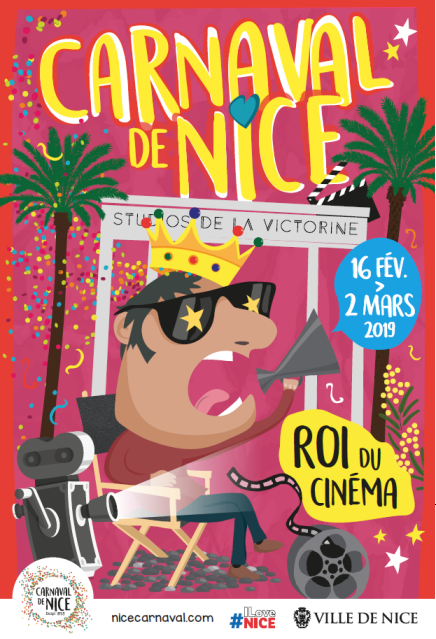 An event bursting with colour and confetti held a stone's throw from the Best Western Hôtel Plus Masséna Nice between Place Masséna and Jardin Albert 1er. The 2019 Nice Carnival schedule has a heady blend of carnival parades and flower battles for two fantastic weeks.

You can count on a good time in Nice with 6 carnival parades by day and by night as well as 17 floats and over 1000 dancers and musicians from all over the world. 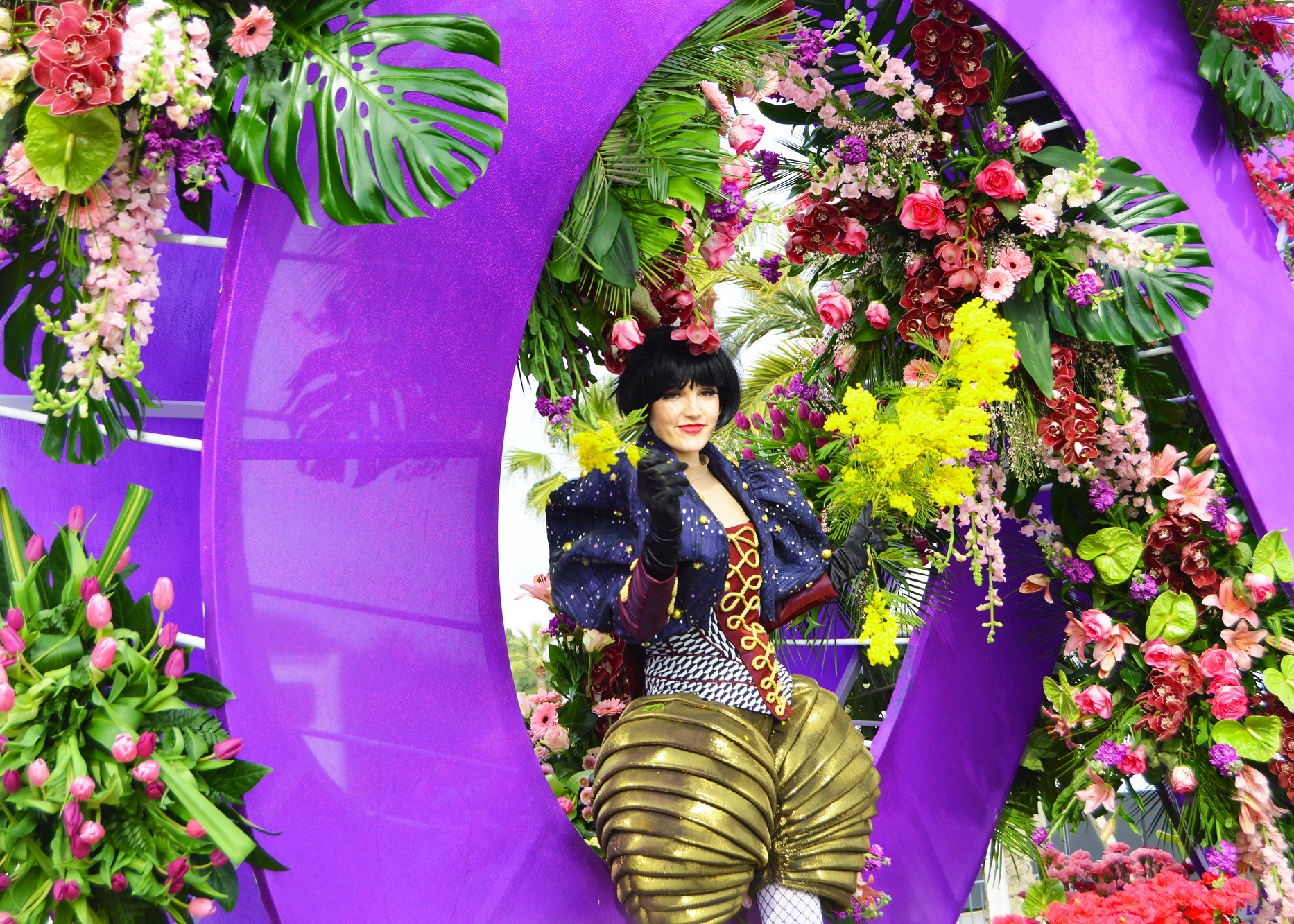 Carnival corsi - Battle of the flowers 2018

There are also lots of flower battles scheduled during the Nice Carnival. Models dressed in fabulous costumes based on the event's theme give out flowers from their floats. Expect exhiliration and excitement!

The group's other hotels in Nice are getting involved in the fancy dress and photocall project. So you can get the full Nice Carnival experience from our 4 hotels in Nice: Best Western Plus Hôtel Brice Garden Nice, Best Western Hôtel New York Nice and Hôtel Florence Nice. 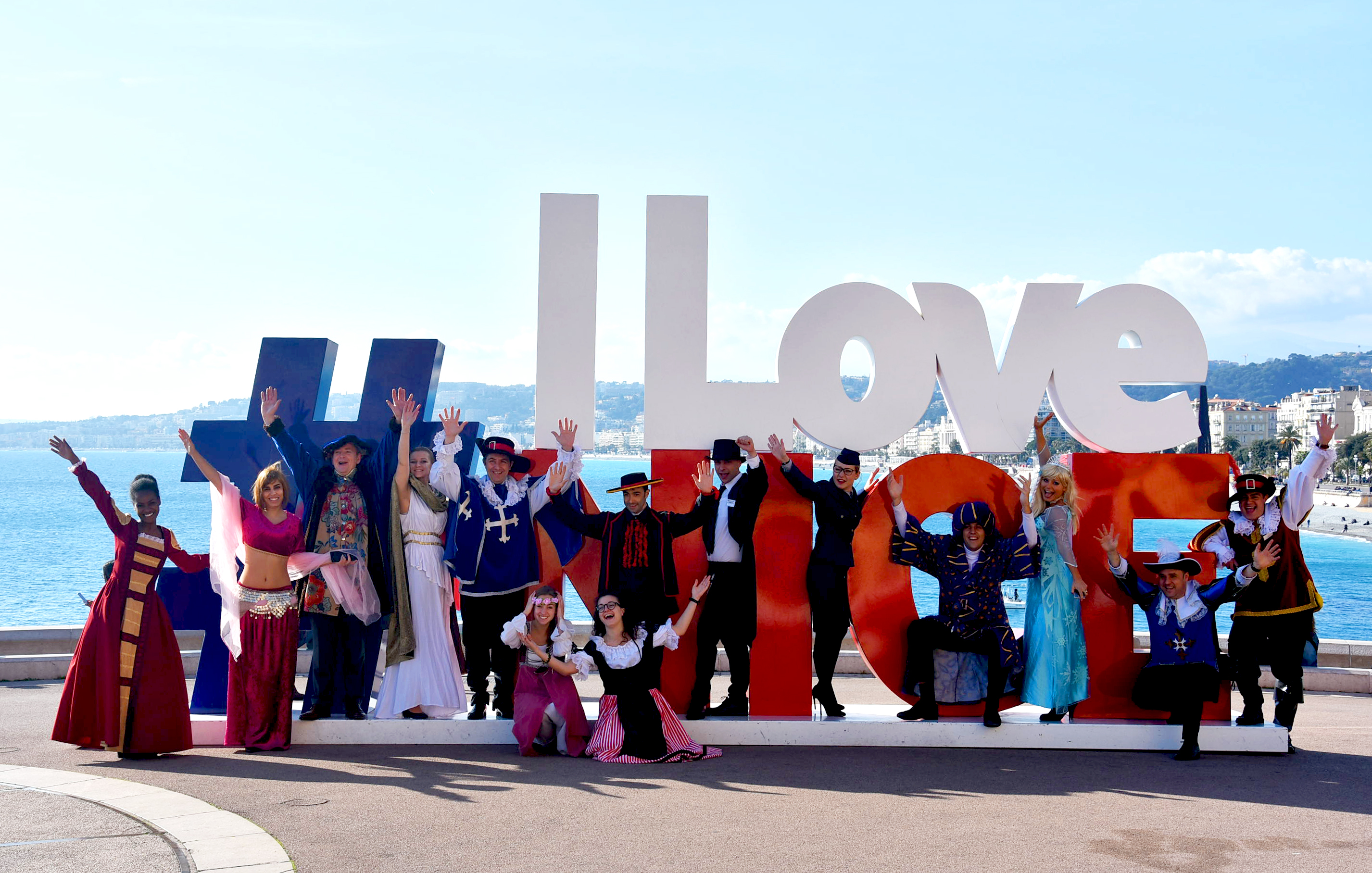 During the Lemon Festival held in Menton at the same time, the teams at the Quality Hôtel Menton Méditerranée and Ibis Styles Menton are also dressing up for your arrival. Stay in the heart of the Nice Carnival and Lemon Festival  in a Summer Hotel Group hotel.