The painted walls of Cannes on the theme of cinema

Are you looking for a holiday destination idea and are you a film buff ? Find out in this article why Cannes is the city you need to go to. Sun, heat, cinema… A good program awaits you. The cinema is everywhere in the city up to its walls.

Cannes, the city of cinema

For the big screen fans, Cannes is THE city to chose. Its decor, its festival… everything is there to immerse you to the heart of the show !

If the International Film Festival has chosen Cannes as its host city, it is not for nothing. Indeed, Cannes has been the city of cinema since 1939. Every year, in May, it hosts the most important film festival: the Cannes Film Festival. It is the flagship event of the year, highly publicized in France and abroad, which contributes to the city’s global reach.

Its purpose is to :

If you are a film fan, then Cannes is THE place to go !

To be in the heart of the city and its entertainment, the Hotel des Orangers Cannes is the charming hotel you need. The cinema is everywhere: on the stairs, the rooms, the lounge bar and the breakfast room. As soon as you enter, you are immersed in the heart of the show under the watchful eye of movie stars (black and white portraits throughout the hotel).

The guests, who love cinema, love our hotel. It features a heated outdoor pool, a private flowered garden, sea views (for some rooms) and premium bedding. In your comfortable room, let yourself go to star life; during the time of a stay. Some of our rooms are decorated with celebrities portraits which gave their names to the bedrooms such as: Franck Sinatra, Catherine Deneuve, Grace Kelly, Audrey Hepburn, among others. Which one will you choose ?

To celebrate the 7th art, also enjoy the Printemps du Cinéma which is making its big comeback. From Sunday 20 to Tuesday 22 March 2022 included, go to the 2 cinemas of Cannes (the Olympia and the Arcades), not far from the hotel just a few minutes walk away. This is the opportunity for you to enjoy an exceptional price: 4€ per session. Sitting comfortably in your red armchair, watch your favorite movies, enjoying a delicious popcorn.

Since Cannes is the city of cinema , the city council has decided to dedicate entire walls to it. This to pay tribute to his greatest stars and his best memories. 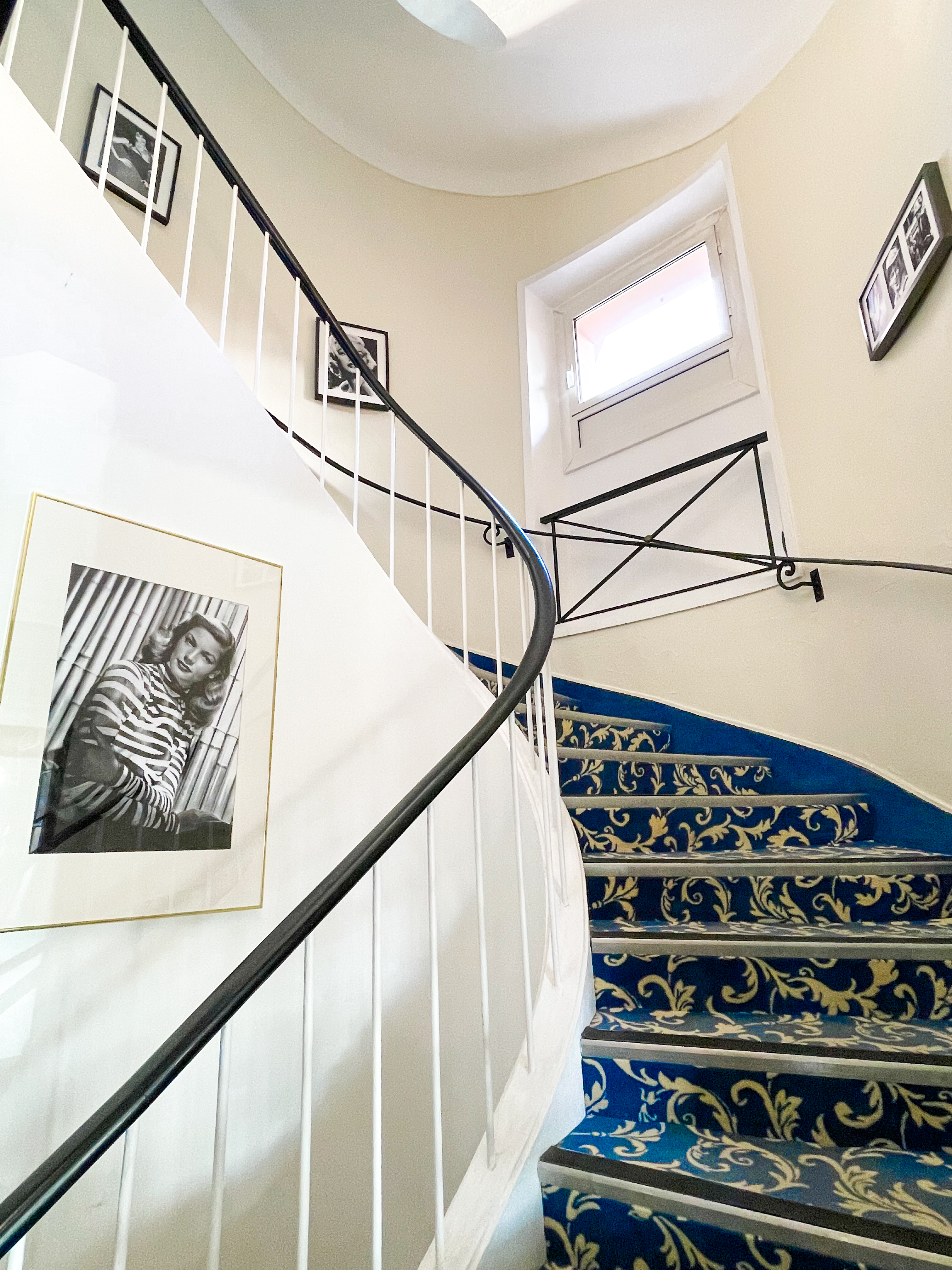 The painted walls of Cannes

Since 2002, the Town Hall has been working to beautify the city of Cannes and delight its inhabitants, with a focus on cinema. That’s why it decided to paint entire walls that represent great stars or memorable memories of French and international cinema, throughout the city. It can include: Marilyn Monroe, Charlie Chaplin, Alain Delon, Gérard Philippe, Harold Lloyd, Buster Keaton… Jean-Paul Belmondo, Robert De Niro and Claude Lelouch will also be in the spotlight soon. 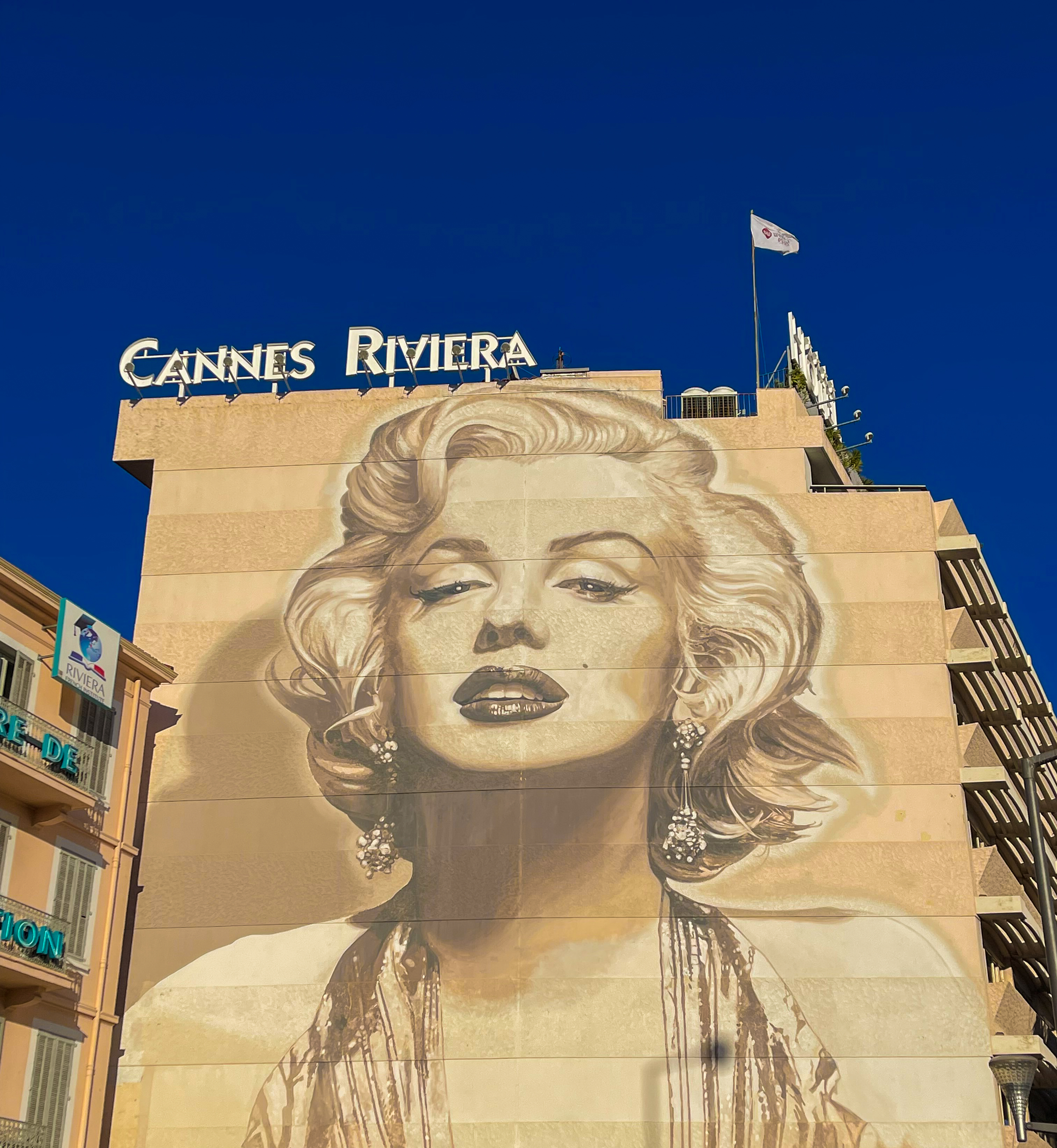 Discover the different painting walls of Cannes throughout the city : 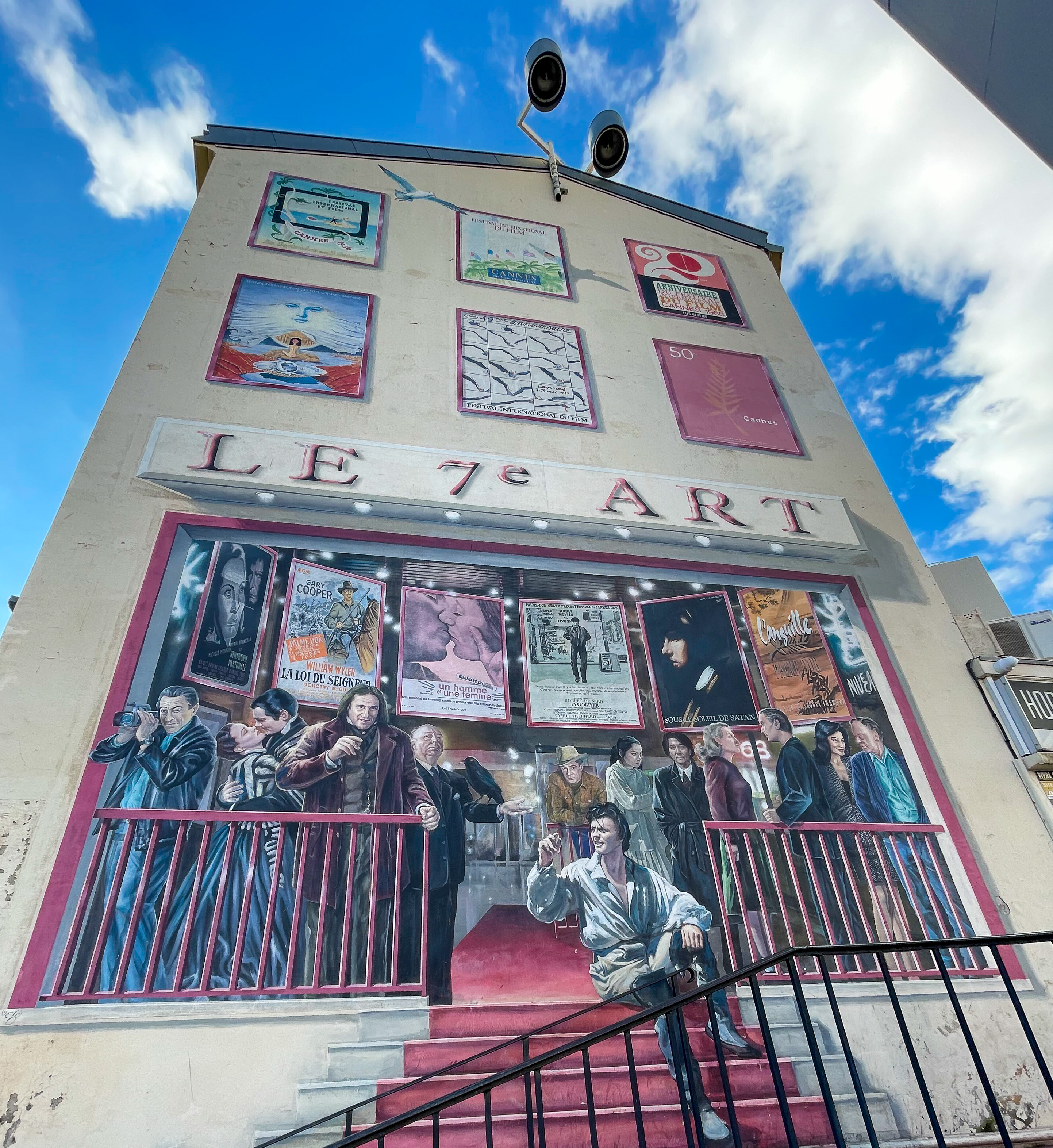 You will have understood, if you want to stay around the cinema while being in the sun, it is in Cannes that you must go.

Book your stay at the Hotel des Orangers and enjoy a 15% discount with the code «DIRECT». This is your chance to be in the heart of the city of cinema. Do not hesitate to ask Sophie, our receptionist, a great film buff who knows everything about the hotel and the city.